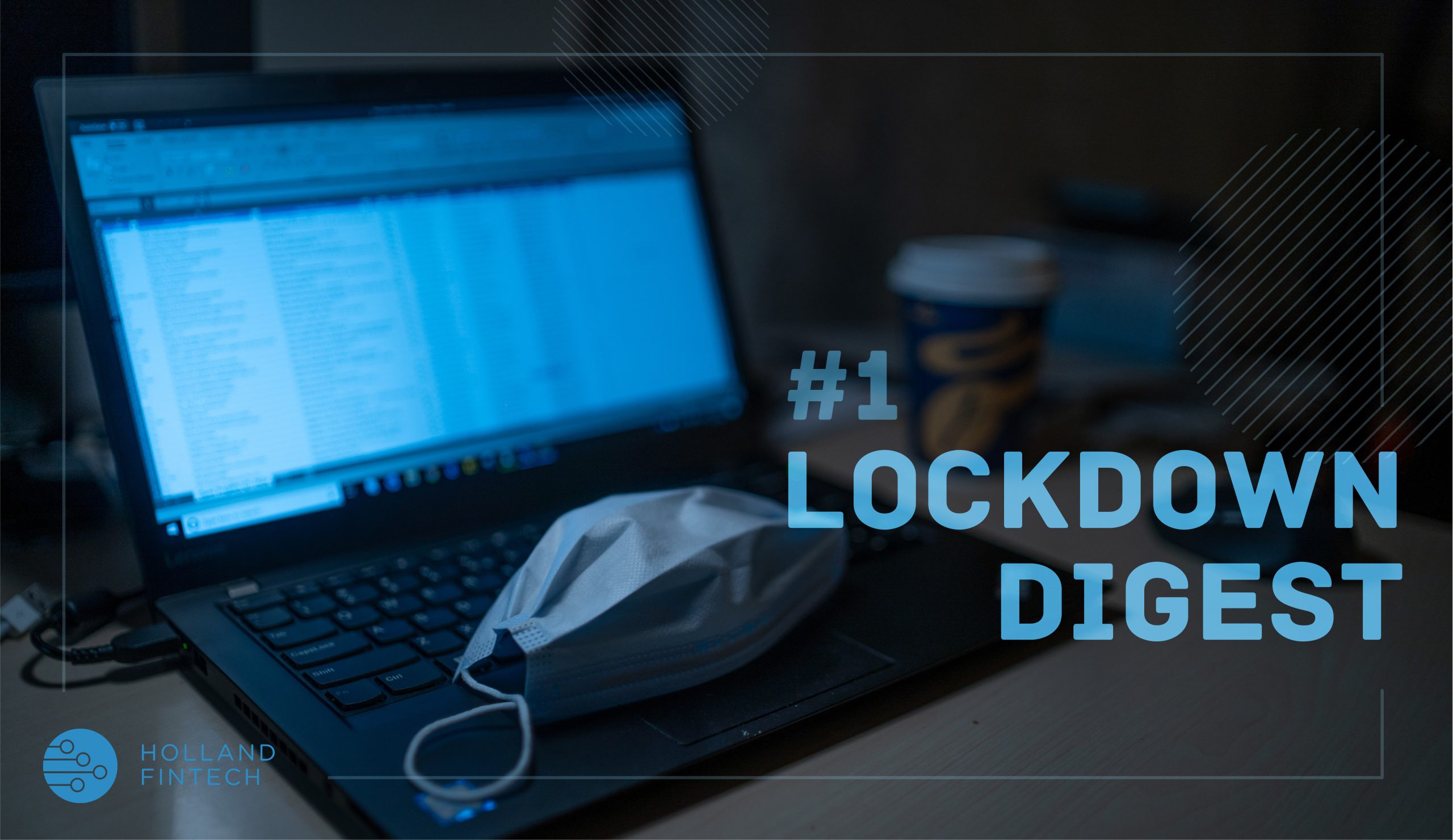 You’re stuck at home, you need to maintain your physical, mental, and emotional wellbeing – we know. It’s important. However, you do miss your daily routine of walking to the coffee bar, chats with colleagues and other necessary distractions that take you through a day in the office. With these elements lacking in your home office we have thought about other “nice to have” distractions – while still being able to justify the time invested.

We present to you: Holland Fintech’s first edition of the Lockdown Digest! Enjoy!

In this lockdown digest we have compiled a list of interesting things for finance professionals to watch, listen to & read during these times of social distancing, self-isolations and medically necessary quarantines.

This first edition is focused documentaries: keep yourself informed and entertained with a fun mix of documentaries, Hollywood productions and other classics! (source: Investopedia) 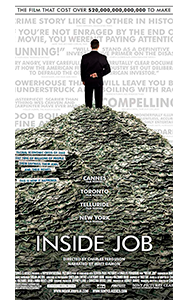 Inside Job is one of the most well-done and informative documentaries on the 2008 housing and banking financial crisis. The movie won the 2010 Oscar for the best documentary picture.

For a finance professional, this is the No. 1 documentary to watch. Through an understanding of the history of one of the largest financial crises, it’s possible to learn from past mistakes to foresee when something like this can happen again and prevent it from happening. 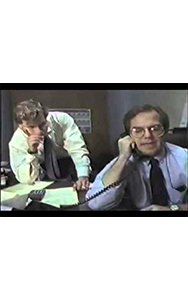 The film Trader follows the intelligent but superstitious trader Paul Tudor Jones, showing him at his best and at his worst. Jones, a hedge fund manager, accurately predicted the 1987 economic downturn, based on a combination of intuition and Elliott Wave graphs.

The documentary also follows Jones as he donates his time and money to help New York City children graduate from high school. This underscores the importance of giving back to the community, rather than succumbing to greed.

Watch 25 Million Pounds to learn the true story of Nick Leeson, a British trader who started his career as a Morgan Stanley clerk and ended up as a law-breaking rogue trader who brought down Barings, an old British bank. This bank held money for the high-powered elite, including the Queen herself. The true story was so compelling that it also inspired the film “Rogue Trader,” which starred Ewan McGregor.

Through interviews with Leeson in the early 1990s, “25 Million Pounds” allows finance professionals a chance to peer into the mind of someone who has dealt with dishonest traders and even committed fraud himself. The interviews highlight Leeson’s relationship with the trader Kweku Adoboli, who managed to take over $2 billion from UBS. 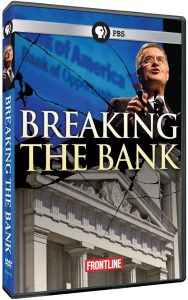 By watching Frontline: “Breaking the Bank,” viewers are able to get an understanding of the American banking crisis that led to nearly $800 billion in Troubled Asset Relief Program (TARP)funds being accepted by American banks due to reckless management. These funds injected cash into the American banking system and ensured that none of the largest banks would fail.

While some argue that the cash bailout that saved the large American banks from collapsing was necessary, others argue that the bailout subverted free enterprise and capitalism. Understanding the intricacies of the American banking crisis gives finance professionals a better understanding of the interwoven economy and how the free marketreacts to a crisis. 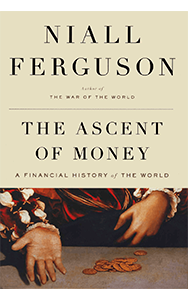 Finance professionals who are interested in the complete financial history of the world should definitely put The Ascent of Money on their list of documentaries to watch. Niall Ferguson takes viewers through a complete history of the financial world, from the ancient city of Babylon all the way to the 2008 global financial crisis.

Understanding the deep financial history of the world gives finance professionals a greater perspective and understanding of how the finance world operates. 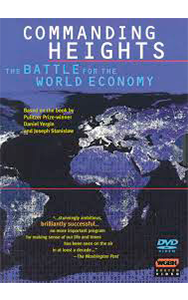 Commanding Heights: The Battle for the World Economy

highlights the birth of globalization. Similar to the deep history highlighted in The Ascent of Money, this documentary delves deep into the beginning of globalization by first taking the viewer into Russia and behind the Iron Curtain.

From there, Commanding Heights presses on to highlight such events such as the International Monetary Fund (IMF) and the World Bank’s response to the 1997 Asian financial crisis. Afterward, the film continues through the end of the 20th century, when deregulation became prevalent. For finance professionals, this film provides a thorough understanding of the world economy. 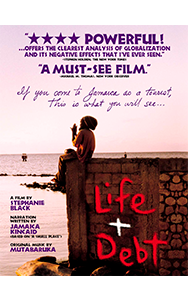 is a documentary film that highlights how indebtedness makes a bad situation worse for small countries. Through an understanding of the European Union’s rescue of floundering countries such as Greece and Portugal, the film gives finance professionals food for thought about the benefits and drawbacks of bailing out entire countries through debt lending.

In addition, Life and Debt takes a closer look at the effects of national indebtedness and IMF policy on ordinary citizens and local businesses. 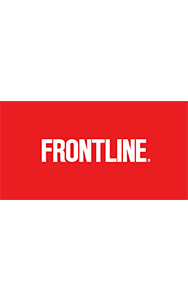 Similar to Inside Job and Frontline’s “Breaking the Bank,” these two documentaries help highlight the 2008 financial crisis, the largest recession since the Great Depression. Inside Job does a great job of giving a high-level overview of the 2008 crisis while also providing entertainment value, but these two PBS documentaries really dig into the causes and effects.

While the two documentaries overlap a little, both are important to watch, one after the other. 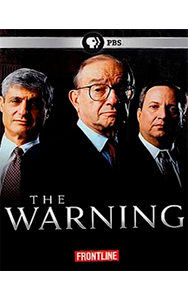 The Warning also takes a look at the 2008 financial crisis, but it does so from a different angle. It picks up the story of Brooksley Born, the head of the Commodity Futures Trading Commission (CFTC),who urged for tighter regulation that could have mitigated the crisis.

For finance professionals, The Warning shows that it’s possible to foresee a financial crisis and work to keep it from happening. 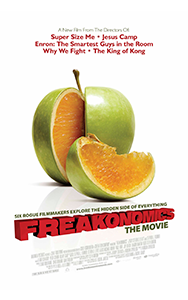 While Freakonomics (released in 2010) isn’t strictly financial, it brings to light a lot of interesting theories about why people behave the way they do. By taking seemingly random data points, the documentary shows how causality and correlation can be made between the two. For finance professionals, it’s extremely important to understand what drives people.

Stay tuned – in a couple of days you can expect a new update of our lockdown digest!

In case you liked Trader movie and want to find out more information about hedge funds content, click here.

The ultimate mission of Holland Fintech is to incite collaboration, transformation and positive impact. More than 600 members use our knowledge network to work towards a more connected, efficient and self-sustaining financial technology ecosystem. Learn more on how to get access to more fintech information and the benefits of becoming of member here