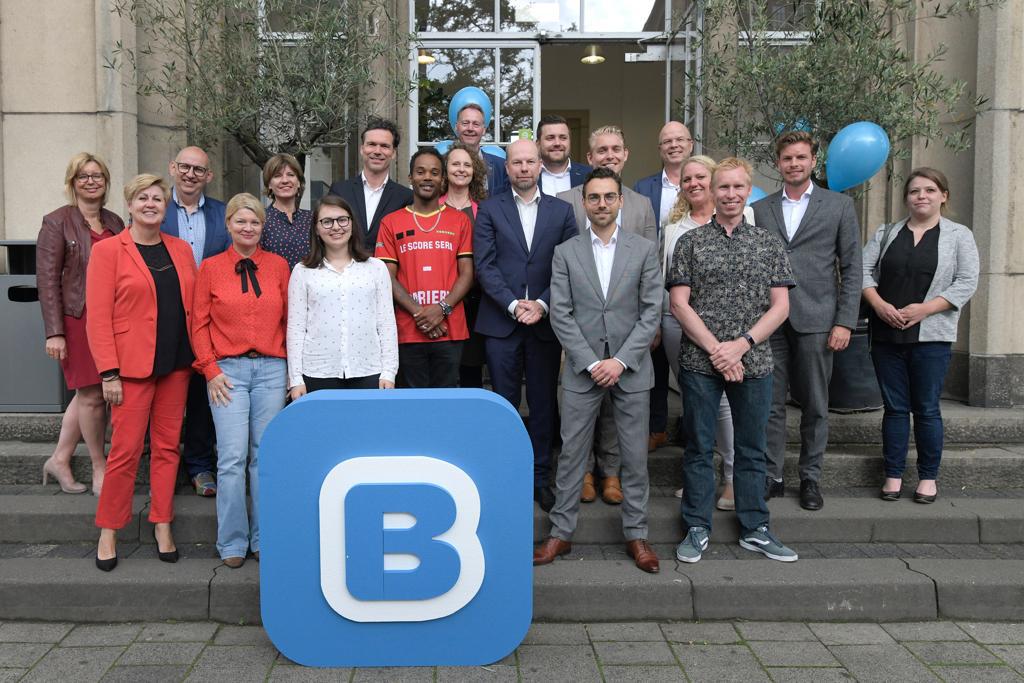 As a result of the revised Payment Services Directive, PSD2 for short, the market is changing. Banks open their IT systems to third parties through Application Programming Interfaces (APIs). New providers connect with innovative payment services that respond to specific customer needs. In this article we focus on one of those startups, Buddy Payment, whose app (‘Buddy‘) has been selected this week by 89 Dutch municipalities to strengthen their debt counseling efforts.

According to a recent article in the Dutch “Financieel Dagblad”, a new trend in financial technology is ”Fintech for good”: technology that helps people control their debts. The social costs of debts are enormous: in the Netherlands alone, these amount to between EUR 11 and 17 billion per year. But behind that clinical number is a world of psychological distress, debt stress and the resulting disability. Budget research shows that at least 40% of Dutch people experience stress from their financial situation. Many people do not oversee the consequences of changes, because they do not understand whether or not they were entitled to benefits, or because they could not resist the temptation of a major expense. This group cannot handle a setback of 300 euros.

‘As a result of the corona crisis, more and more citizens end up in problematic debts. This makes the declining influx even more alarming and more difficult to accept.’ Reinier van Zutphen, Dutch ombudsman

The VPRO TV docu series “Schuldig” (“Guilty”), investigating the debt problem in the Vogel neighbourhood in Amsterdam, convincingly showed how quickly debts can get out of hand. Many local residents have to deal with an accumulation of fines and collection costs, as a result of which they lose sight of a solution.

Debt counseling is a high cost for government agencies, so caregivers can only deal with the most dire cases. Of 1.5 million, or more than 1 in 5 Dutch households, who have problematic debts, only 200,000 receive counseling, namely citizens whose debt has risen to the average amount of € 43,000.

‘With the resources we have, we cannot provide all our residents with the support they need to prevent problematic debts.’ Jan van der Hulst, manager financial assistance, municipality of The Hague

Moreover, out of embarrassment people wait five years on average before asking for help. While at the very beginning, when the first debts arise, it is essential to keep a grip on expenditure. For these people, a “trusted right hand” – a buddy – can prevent debts from arising and help repay existing debts.

Digital technology can help with this, both to prevent debts and to pay off. By giving control over the household budget, by warning of incorrect allowances or by giving tips to avoid unnecessary or double costs. Such technology is often called “Fintech for good”.

One of the Fintech companies that focus on the debt problem is Buddy Payment. This Rotterdam startup of 11 people has developed an app that helps citizens who experience problems with their daily finances. The app is offered by municipalities to residents, as part of their debt counseling efforts. In stead of using their regular home banking app, the residents use the Buddy app, that takes over control of the bank account. To do so, the company obtained a PSD2 (AISP) license from DNB, the Dutch central bank. This license gave Buddy Payment access to the PSD2 API’s of the Dutch banks.

The app analyses the debits and credits, reserves and puts aside the monthly fixed charges (rent, gas and electricity, health insurance etc.) and presents the residual budget. It advises on what can and cannot be done, approves and rejects expenses, and initiates due payments. Buddy is slightly coercive: it prevents that money intended for fixed costs or debt repayment is used for other things. To do this, the app needs the initial permission from the user. Probably the most sophisticated functionality is its financial coaching software: next to a fixed set of more than 1000 rules, Buddy learns from its users’ behaviour and preferences via AI algorithmes and a proactive chat interface. For instance, it can advise the user on benefits to which he/she may be – or may not be – entitled (to prevent having to reimburse surcharges later).

‘The Buddy app is a financial friend who helps you and relieves you, for example by automatically putting money aside for fixed costs. And by keeping track of people with monthly changing income to see if they do not receive too many or too few allowances for, for example, the rent or their health insurance.’ Camiel Kuiper, general manager Buddy Payment

In its young existence, the company has experienced setbacks: during the first pilot with 8 municipalities, it became clear that the app was subject to tendering. As a result, the pilot was paused in September 2019. All attention went to obtaining the tender, in addition to the further development of the functionality. On June 16, it was announced that Buddy had won the tender, which cleared the way for further rollout.

Privacy is of course a very important point of attention for Buddy. After all, it is about checking confidential data. Both initially and with every payment made by the Buddy app, it first asks the user’s permission. But the most important question is: do people dare to transfer their most confidential financial data to an app? In any case, user consent is a critical prerequisite; that is why the Privacy & Security working group was and still is one of the most important expertise groups during the development phase, and why the app is extensively tested in various municipalities and expanded step by step.

Despite the primary idealistic objective, Buddy is a commercial company. The Buddy app product is aimed at municipalities, who pay a monthly subscription fee per user. Among other institutions using the Buddy app are healthcare institutions that support people with psychosocial and psychiatric problems with their finances. In addition, the company offers a so-called Budget Scan, aimed at credit providers, health insurers, banks, housing corporations and telecom companies, who spend a lot of time and money chasing after, receiving reminders and writing off poorly paying customers. Based on the payment data, the Budget Scan provides a quick insight into the debtor’s financial situation. This product is offered on a pay-per-use basis. Contrary to what one might expect, analysing and exploiting aggregated data is not part of the business model.

Buddy is supported by an extensive partner network. Most of them are specialists, as debt counseling is a very knowledge intensive domain. The company has set up 6 highly specialised working groups with members from municipalities and organisations, focussing on topics like laws and regulations, research, communication, municipal and tax surcharges, human behaviour and privacy & security. During their initial startup, Rabobank was a strategic partner, supporting Buddy with financial expertise, marketing, and the development of PSD2 bank connectivity.

Enigma Consulting, Divosa, Kredietbank Nederland and NVSI (the Dutch Association for Social Innovation) all support Buddy Payment with expertise on debt issues and add an extensive network with the municipalities.

The Reading and Writing Foundation (‘Stichting Lezen en Schrijven’) supports the development of a chat user interface that is also suitable for low-literate citizens.

It is not easy to attract the best developers in today’s tight labor market, but Buddy Payment managed to do that. An important attraction, in addition to a competitive salary, is the company’s social commitment. And equally important for developers is to be able to work with the most modern technology. Buddy uses advanced tools such as .NET Core, Microsoft Azure’s cloud services, AI, data analytics and conversational user interfaces. In order to gain access to the user’s account information, connection to the banks’ PSD2 APIs is also required. On March 10, Buddy Payment reached an important milestone when the company obtained a PSD2 (AISP) license from DNB, the Dutch central bank.

The PSD2 legislation requires banks to provide access to licensed Third Party Providers, like Buddy Payment, to their user’s bank accounts, via Application Programming Interfaces (API’s). Since the legislation is still brand new, the API’s provided by the banks are not yet very mature and limited in their documentation.

‘The API’s turn out to be unstable from time to time and show inconsistencies between the implementations of the different banks. For this reason Buddy Payment works closely together with the banks, to improve the API’s and eventually the experience for the end user’.

Vox Pop Report: Leap into the Future of Banking
Yolt’s open banking technology powers robots in partnership with Nidaros
Digital banking 2022: the way to customers’ hearts is through data