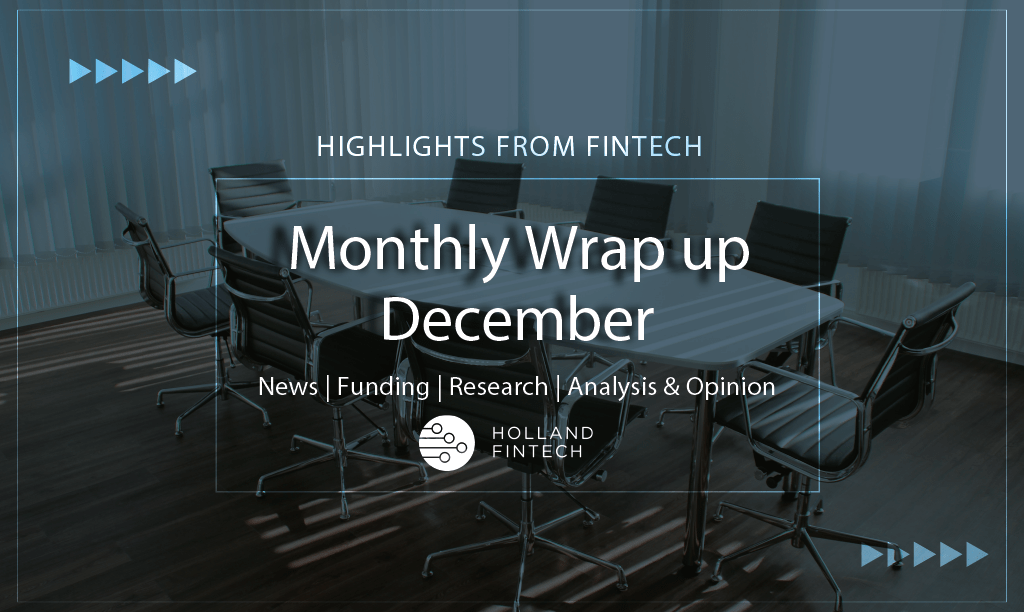 Welcome to the Fintech Wrap up, our monthly look at everything new in the world of fintech news, transactions, research reports and expert voices from the industry. For December 2020, we examine the uprising fintech trends, the top funding rounds so far, crunch the numbers and statistical data to find the new trends, and analyze the developments and opinions across the fintech sector. Enjoy the December recap and stay tuned for the next edition!

IPOs: Metromile, an US pay-per-mile insurtech, announced its plans to go public via a SPAC (special purpose acquisition company) at a valuation of $1.3 billion.

GPI Instant Connection: Lloyds Bank in the UK has become the first bank to switch on Swift’s new gpi instant connection service from the Brussels-based interbank co-operative that enables consumers and businesses to send tracked payments in seconds across borders.

Cryptocurrency: SC Ventures, the innovation and ventures unit of Standard Chartered, and Northern Trust, a leading provider of asset servicing, are partnering together in order to launch a new crypto product, Zodia Custody, an institutional-grade custody solution for cryptocurrencies.

Blockchain: Ripple, a blockchain payments company associated with the cryptocurrency XRP, argued earlier this week that it plans to fight the approaching U.S. SEC lawsuit. In addition, the XRP token’s value has declined more than 42% in 24 hours after the SEC’s lawsuit announcement against Ripple.

ETH 2.0: With the most recent announcement of Ethereum launching ETH 2.0, the world’s second-largest virtual currency by market value, is up about 350% since the start of the year.

Digital Assets: As part of the Singapore FinTech Festival, ING announced in a discussion panel earlier this week about its preliminary trials with digital assets.

Buy-Now-Pay-Later: Capital One, an American bank holding company specializing in credit cards, auto loans, banking, and savings accounts, is among the first banks to not allow its customers to use buy now, pay later (BNPL) transactions on its credit cards.

Payments: With their newly launched QR code payments on iZettle’s point of sale app, PayPal allows now for small businesses across the UK to accept safe and secure touch-free payments from customers.

BigTech: Facebook announced that it is following in the footsteps of Google, moving millions of UK users outside EU’s privacy laws jurisdictions to the US, which is more flexible in terms of data protection regulations.

BigTech coalition: Google, Cisco and VMware announced that they are joining WhatsApp in its battle against NSO Group, an Israeli intelligence firm, accused of practices which used undisclosed vulnerability in the messaging app to hack into at least 1,400 devices, some of which were owned by journalists and human rights activists.

Regulators: EU regulators have launched 2 new legislative proposals in order to update regional rules for digital businesses and the monopoly set up by Big Techs: The Digital Services Act (DSA) and The Digital Markets Act (DMA).

Antitrust Probe: The State Administration for Market Regulation launched an antitrust probe against Alibaba earlier this week, investigating the company over its “choosing one from two” policy, in which merchants are forced to sell exclusively on Alibaba and skip rivaling platforms JD.com and Pinduoduo.

SolarWinds Breaches: US Treasury and Commerce departments and other federal government agencies announced that they experienced computer system breaches, via SolarWinds software. The cyber attack is believed to be launched as part of a global cyber espionage campaign by the Russian government.

SEC charges: According to an announcement by the Security and Exchange Commission (SEC), Robinhood Financial, an American financial services company, agreed to pay $65 million to settle government charges that it failed to disclose the full details of its dealings with high-speed traders and didn’t get the best prices for customers trading on its app. 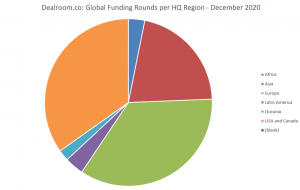 The top 10 global fundings: The summary below shows the 10 largest global fintech deals in December 2020, using data from Dealroom.co:

The top 10 European fundings: The summary below shows the 10 largest European fintech deals in December 2020, using data from Dealroom.co:

AML Compliance: The findings of the e-book present a complete overview on AML compliance solutions, that are simplifying both the fight against financial crime and the struggle to achieve AML compliance.

ETH 2.0: A new report from the blockchain sector shows a new envisioned path for Ethereum: ETH 2.0. The findings show the possible risks, such as the poor scalability issue.

InsurTech Startups in Europe: In the below overview, astoryia.io presents a comprehensive mapping of the most prominent European InsurTech startups. 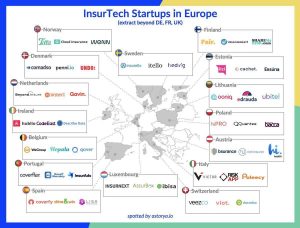 Cross-border payments: In this paper, insights and analyses from thought leaders in the field are given on key industry topics, such as regional particularities of cross-border online and mobile commerce, cross-border payments, global trade, the importance of payments orchestration and transaction routing.

Banking: In this report, a market status of the banking sector is provided. The research finds that in the months and years to come, the pandemic will present a two-stage problem for banks (see more in the overview below). 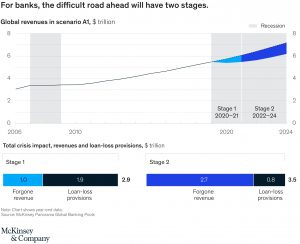 Australian fintech market update: In the fifth issue of the EY FinTech Australia Census, the market status of the industry is shown, with positive results so far. The study finds that the fintech sector is maturing, with 78% of respondents post revenue, strong growth in paying customers and optimistic for global expansion.

The World’s 500+ Unicorn Companies: For this overview, CB Insights the 500+ private companies with billion-dollar valuations, across artificial intelligence, e-commerce, fintech, and more, displayed in the real-time unicorn tracker.

P2P Payments: According to Brandon Russell, writer at XDA, Google Pay is moving ahead into the US market, with only an app format from 2021 onwards.

Debts: According to Raghuram G. Rajan, former governor of the Reserve Bank of India, governments have now the upper hand when it comes to today’s ultra-low interest rates to borrow and spend without limit in order to support the economy.

Commercial Banking: For 2020, traditional commercial banks have faced numerous challenges which put them on a path of becoming more creative, intelligent and experiential.

AI: According to Susan Fourtané, science and technology journalist, artificial intelligence (AI) has been established as the main driver of emerging technologies such as big data, robotics, and the Internet of Things (IoT).ETH 2.0: When it comes to the difference between ETH 1.0 and ETH 2.0, Ethereum 2.0 uses a Proof of Stake (PoS) mechanism, while Ethereum 1.0 uses Proof Of Work (PoW) and it requires a minimum of 16,384 validators which makes it more decentralized and secure.

Greenfield challenger banks: Tom Mowat, Senior Manager at Be , Shaping the Future, explains why the preferred disruptive strategy that major banks undertake is the ‘Add’ and ‘Acquire’ options, with a particular interest in creating their own ‘green-field’ challenger banks.

RegTech: RegTech sees active rounds for 2020, with the sector rocketed from 2017 to 2019 and growing at a compound annual growth rate (CAGR) of 119.1%, as investors increasingly backed companies looking to solve and bring efficiency to outdated compliance processes. 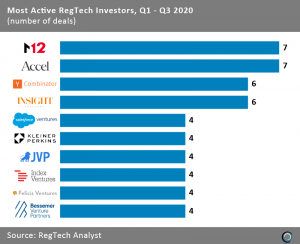 European scheme for the Request-to-Pay: Mark Munne, Partner at iPlan, and Paul van der Valk, Senior Payments Consultant at IN4PAY, present in an updated analysis on the “Practical guide to SEPA Request-to-Pay” considerations for banks, payment processors and corporation to join and benefit from the scheme. 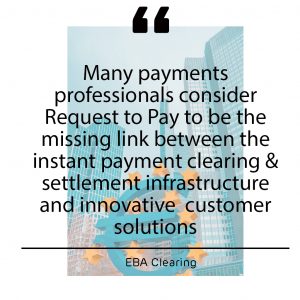 Regulators: The Coalition for a Digital Economy (Coadec) has urged the UK’s top financial regulator to make open banking truly open in 2021 and to “break” banks’ dominance.

Stay tuned for the upcoming Monthly Fintech Wrap Up: January 2021!