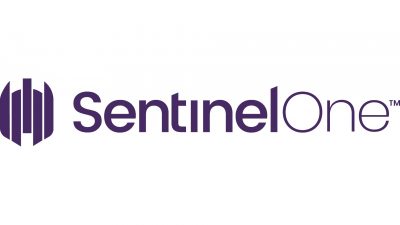 Founded in 1913, Aston Martin has been creating exceptional automobiles built with their values of beauty, craft, and art for more than a century and has become the epitome of luxury British heritage.

Challenged by the escalating threat landscape, Aston Martin made a significant investment revolutionizing its cybersecurity program with cloud-delivered Artificial Intelligence to replace legacy antivirus. Legacy antivirus was no longer fit for purpose in protecting against modern malware and the growing prevalence of ransomware attacks. In addition, legacy antivirus required too many employees to manage while obstructing Aston Martin Lagonda’s end-user computing experience. With a complex IT landscape, including Windows, Mac, Linux, and Cloud Workloads, as well as high-specification CAD, CAE, and design production workstations, Aston Martin Lagonda needed a technology solution that would seamlessly perform across different operating systems and have robust APIs for seamless integration across the tech and cybersecurity stack.

“We couldn’t have any solution that was going to get in the way of our users, particularly our engineers and designers” commented Steve O’Connor, Director of Information Technology, Aston Martin Lagonda. “We wanted a platform that was simple to use and almost invisible to the users, but that would give us complete confidence and security. Most of all, we wanted something future-proof as Aston Martin Lagonda continues constantly innovating.”

“We were impressed by how quickly SentinelOne had come to lead the enterprise security market with capabilities we didn’t see from any other vendor” continues O’Connor. After a shortlisting process, three vendors went on to proof of concept. During this process SentinelOne clearly differentiated itself, showing marked leadership against other well-established vendors. We saw unrivalled protection and very low numbers of false positives all while receiving positive responses from users across all operating systems.”

SentinelOne’s Singularity platform is a product-first approach, powered by award-winning patented AI and machine learning. The solution is able to not only prevent attacks, but also autonomously reverse any threat, freeing up technical staff and giving peace of mind that no threat slips through. Aston Martin Lagonda were able to take this peace of mind to the next level with SentinelOne’s Vigilance MDR (managed detection and response) service, delivering global 24/7/365 SOC scalability and protecting against even the most advanced threats.

“Almost immediately during the proof of concept, SentinelOne emerged as the solution for us. The rollout was even easier than we expected, despite our complex landscape. Watching the SentinelOne platform tackle threats head-on – that our existing legacy antivirus missed – was a great moment for the team.” said O’Connor.

Aston Martin Lagonda joins a raft of recent customers who have selected SentinelOne to replace legacy and next-generation antivirus. The company has seen exceptional growth in the UK and across EMEA, among others securing tens of 50,000+ endpoint enterprise wins from leading financial services, retail, manufacturing, and governments in the past few months.

“To be entrusted with securing Aston Martin Lagonda’s workforce, platforms, and systems is an honor. We’re confident SentinelOne’s patented approach not only delivers unrivaled levels of protection and visibility, but also lives true to the experience we provide more than 4,000 leading enterprises worldwide. With SentinelOne behind the wheel, Aston Martin Lagonda takes its cyber defences to new levels whilst saving time and operational costs in running a global cybersecurity operation” said Nicholas Warner, Chief Operating Officer, SentinelOne.