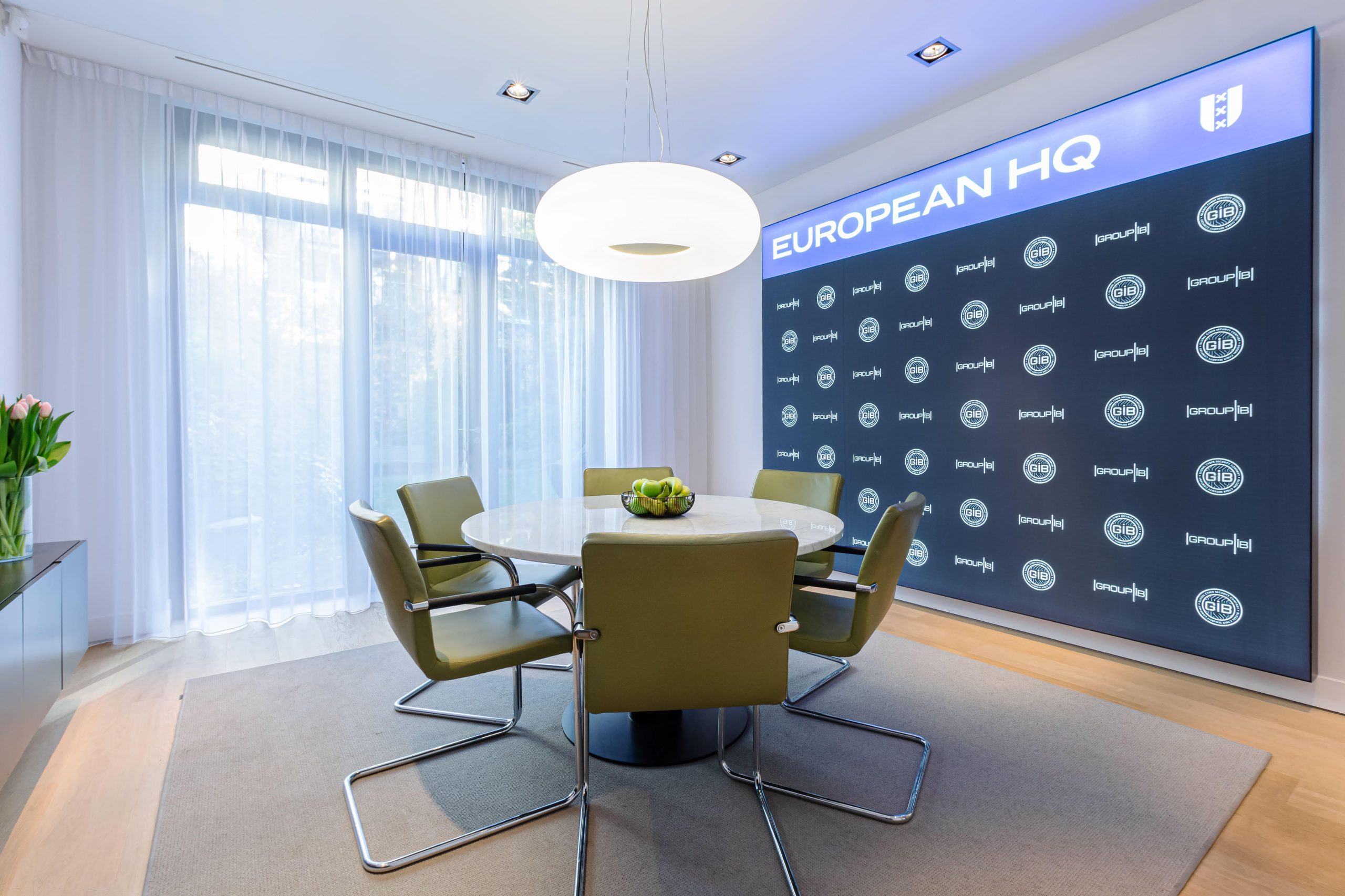 Amsterdam, 12.11.2020 — Group-IB, a global threat hunting and intelligence company, has opened the doors of its European headquarters in Amsterdam, which will serve as a central hub for the company’s research into the European threat landscape. Having been operating on the continent for years, the company now formalizes its operations by inaugurating its new HQ that will be consolidating and maturing the expertise gathered in cyber investigations, incident response and threat hunting activities across the  region under one roof.

The Amsterdam office, located at Prinsengracht 919 (1017 KD Amsterdam), is set to intensify the strong  European cyber threat knowledge Group-IB had previously, broaden the company’s global threat hunting  infrastructure and strengthen the on-the-ground support for the company’s customer base in the region,  which, among others, includes major banks of the Netherlands. In the spirit of its global strategy to  develop a distributed international network of autonomous cybersecurity centers with a deep grasp of  the local cybersecurity environment, the initial team that settled in Amsterdam includes the  representatives of Group-IB’s key business units. These are Сyber Investigation, Digital Forensics, Incident  Response, Security Assessment, Anti-Piracy and Brand Protection teams, paired with frontline Threat Intelligence analysts who honed their skills in studying the most notorious threat actors targeting  companies across the globe.

The choice of host for the European HQ comes as no surprise: the Netherlands, which is home to Europol, the Hague Security Delta, NATO Cyber Security Agency, and European Network for Cyber Security, has been one of the key players of the European cybersecurity world. According to Group-IB experts, the exodus of global tech and financial companies from London to Amsterdam is likely to escalate the city’s  attractiveness in the eyes of cybercriminals, which will inevitably lead to the increase of the number of cyberattacks there.

According to Group-IB Hi-Tech Crime Trends 2019/2020 report, the Netherlands is one of the rare victims  of banking botnets, including infamous Dridex, Qbot and Trickbot. Europe in general provides a far more diverse threat landscape, being a target of at least 16 APT groups, numerous ransomware operators and  online scammers.

The above determines the density of cyberspace in the area, which, to be protected duly, requires  thorough exploration. Thus, the short-term objective of the Amsterdam team will be the in-depth examination of the local cybercrime with the ultimate goal of rendering a strong regional angle to Group IB products and solutions and creating a map of online threats menacing this specific district. Group-IB also plans to cooperate closely with law enforcement locally in order to disrupt cybercrime for the  European region and build resiliency.

“Banks in the Netherlands and financial organizations in Europe were among our first customers to purchase Group-IB attribution-based Threat Intelligence, which indicates the market’s high level of maturity,” comments Group-IB CEO and founder Ilya Sachkov. “Our team is scattered around the continent being on guard of our clients in France, Germany, Italy, Spain, the United Kingdom, and other  states. We were consistent in our development on the European market and today have the expertise to scale up the installations of our products and to continue aiding European companies in fighting cybercrime, now being close by when needed. Without even officially announcing our Amsterdam office opening, we received several cooperation requests from our potential partners. Our short term in the region is the active recruitment of cybersecurity experts. We’ll be using this challenging time to capture  the opportunities. Thanks for warm welcome and stay safe!”

The Amsterdam team plans to strengthen its expertise not only in depth but also in width by actively  engaging local talents, with cyber investigation and threat intelligence experts being in the focus of the  current recruitment policy in the region. The close cooperation with European universities is yet another  dimension of this mission, with Group-IB seeking to provide gifted youngsters with a chance to try their  hand on the forefront of the modern cyberwarfare by taking an internship at the company that has been  fighting online crime worldwide for nearly two decades. Group-IB has already tried its hand in the  educational activities in the country and trained corporate security teams of banks in the Netherlands as  well as local law enforcement, including those employed with EC3.

It is planned that the collaboration with universities in the region will give an impetus to Group-IB’s initiative for fostering so-called future professions. Its main idea is to fill the gap between the enduring  educational programs and the constantly evolving needs of the cybersecurity labor market by grooming professionals with a foundational skill-set allowing them to jump-start their cybersecurity careers. Group IB leadership has stated on numerous occasions that they cannot fully rely on the academic knowledge  only and have been actively investing resources in newcomers. Given the above, Group-IB has been actively developing its partnership network with universities to provide young talents with internship  opportunities.

“Instead of uniting people with the same profession, Group-IB unites people with the same mindset,” comments Sergey Lupanin, the Group-IB Chief Operating Officer, European HQ. “Intolerance toward cybercrime lies at the core of our company, and it is not always easy to find people of like mind. That is  why we grab every chance to find people with this sense of social responsibility and spare no effort to  share our knowledge with them. In Europe, we see many opportunities to find those who will embrace our global mission to make the world a cyber safer place to live in.”

As part of its regional engagements, Group-IB plans to occupy itself with pro bono activities facilitating  the access of socially important facilities in the region, like hospitals, charities, and educational  organizations, to proactively enhance the resiliency in the region.

Group-IB is a Singapore-based provider of solutions aimed at detection and prevention of cyberattacks and online fraud. The company also specializes in high-profile cyber investigations and IP protection services. Group-IB’s Threat Intelligence system has been named one of the best in class by Gartner, Forrester, and IDC, while its Threat Detection  System has been recognized as one of the leaders in Network Detection and Response by the leading European  analyst agency KuppingerCole Analysts AG.

Group-IB’s technological leadership is built on the company’s 17 years of hands-on experience in cybercrime investigations around the world and 60 000 hours of cyber security incident response accumulated in one of the biggest forensic laboratories and a round-the-clock center providing a rapid response to cyber incidents—CERT-GIB.

Group-IB is a partner of INTERPOL and Europol, and has been recommended by the OSCE as a cybersecurity solutions  provider.

Our mission is to protect clients in cyberspace using innovative products and services.