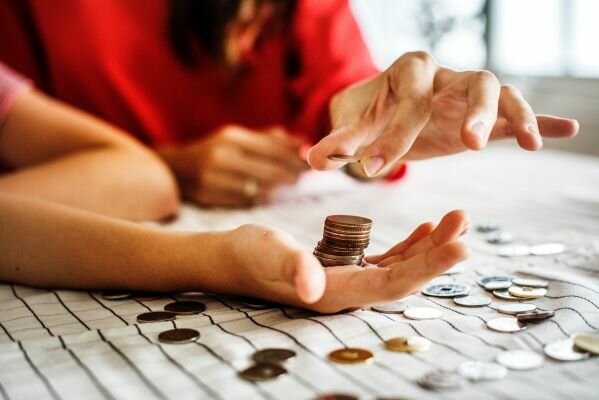 For this funding piece, we dive further into the fintech landscape and recall the latest company names to be on top of. Explore cryptocurrencies, cybersecurity, AI, machine learning, neobanks, buy-now-pay-later, neo brokers and much more! Enjoy the selection!

Acronis (Schaffhausen, Switzerland), a global technology company that unifies data protection and cybersecurity, has raised $250 million (€206M) in equity. The company plans to use the financing to grow organically and to bring more “proactive” technology into its portfolio. The funding is being led by CVC and values Acronis at over $2.5 billion (€2.06Bn). Read more

Shift Technology (Paris, France), a platform that delivers the only AI-native decision automation, has raised $220 million (€181M) in a Series D round led by Advent International. Investors of this round include Avenir, Accel, Bessemer Venture Partners, General Catalyst, and Iris Capital. With this round, Shift’s total investment to date rises to $320 million (€264M) and gives the company a valuation of over $1 billion. The fresh capital will be used to expand its market presence in the US, Europe, and Asia. Read more

CloudWalk (São Paulo, Brazil), a payment technology network, raised $190m (€157M) in Series B funding. The round, which brings total capital raised to date to $206m (€170M), was led by Coatue, with participation from DST Global and existing investors such as FIS, The Hive Brazil and Valor Capital. The company intends to use the funds to further drive scale and accelerate its domestic presence in Brazil. Read more

Lili (New York, New York, US), a neobank that combines personal and business financial services for freelancers, raised a $55M (€45M) Series B round, led by Group 11 with participation from Target Global, AltaIR, Zeev Ventures, Foundation Capital and the Google for Startups accelerator. The new financing will be used to enhance the product offering after seeing usage growth of 1,500% in the last year. Read more

ADA (Kuala Lumpur, Malaysia), a data and artificial intelligence company, announced it has received $60 million (€49M) in investment from SoftBank Corp. The deal will give SoftBank a 23.07% stake in ADA and would push the startup’s valuation to $260 million (€214M). ADA will become a core part of SoftBank’s digital and data marketing arm, allowing the Japanese conglomerate to leverage the startup’s network of portfolio companies. Read more

Babel Finance (Hong Kong), a global crypto financial service provider, raised $40M (€33M) in Series A funding. The round was led by Zoo Capital, Sequoia Capital China, Dragonfly Capital, BAI Capital and Bertelsmann, and Tiger Global Management, with follow-on participation from existing investors. The company intends to use the funds to expand operations and its business reach. Read more

FinLync (Singapore, Singapore), a treasury app builder that gives corporate treasurers and finance professionals direct control of their data, closed a $16M (€13M) equity funding round. The round was led by Point72 Ventures with participation from Nyca Partners, former CFO of Palantir and Founding Partner of Friends & Family Capital Colin Anderson, and Plaid Founder William Hockey. The company intends to use the funds to invest in its technology and expand global reach and executive leadership team. Read more

Fly Now Pay Later (London, UK), an alternative payments provider, raised a further £10m (€12m) in Series A funding. The round was co-led by asset management firms Revenio Capital and Taurus Wealth Advisors. The company intends to use the funds to launch US and grow UK and German operations. Read more

Railz (Toronto, Canada), a fintech firm that provides a single API to accounting software, has raised $12 million (€10M) in a Series A funding round, led by Nyca Partners with participation from Susa Ventures, Vestigo Ventures, Entrée Capital Global Founders Capital, and Plug and Play Ventures. Railz says its new investment enables it to expand its sales and engineering teams. Read more

Bitpanda (Vienna, Austria), a retail broker for buying and selling cryptocurrencies, raised further €10M (€8M) as an extension of its Series B round. This comes after a $170M (€140M) Series B round in March led by Valar Ventures and partners of DST Global. Backers of this round include Jump Capital, Winterntermute Trading, and LeadBlock Partners. The company intends to use the funds to bring in extensive know-how to strengthen its institutional offering in Europe ranging from referral solutions all the way to custom build comprehensive tech integrations. Read more